Learn how to do the Instant Magic Knot, a 1A trick concept that quickly creates a magic knot hold that the yoyo is mounted inside of. 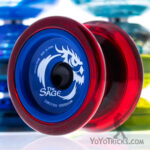 Shazam! There is is. Instant Magic Knot actually starts with an Offstring throw, which is basically just a Forward Pass, but you aim up. So you are going to throw the yoyo just like you do with an offstring yoyo. You are going to flick your wrist up and bring the string underneath your opposite hand pointer finger. Right after this string touches your opposite hand pointer finger, you just want to bring it around your throwhand once. Then land the yoyo on the front string.

From here, you just want to take this loop on the back of your hand and drop it so that it is wrapped around this loop on your pointer finger. Then bring your hands close together and drop the string on your throwhand pointer finger. Take your opposite hand pointer finger out of this little loop, and there is the Magic Knot. From here, you can actually just do various string hits, really whatever you want to do. Then when you want to get out of the Magic Knot, just swing the yoyo forward, rejecting that loop off. Stick your finger in the string and land into a trapeze.

Now, if you are having a hard time forming the Magic Knot, we have got some tips for you. The first thing that I see people making mistakes with is that they will make this loop on their opposite hand much too big, and it can actually wrap around the yoyo and then you will get an actual knot, and not a Magic Knot, and that is just no good. To make sure that you can avoid that, all that you need to do is just make sure that you brings your hands close together and try to keep that loop as small as you can. Another common issue is that you might find that the formation you land into does not actually land into a Magic Knot. If that happens, you really want to make sure that you are not twisting anything when you are making this formation. So you do not want to like, wrap any strings around or anything like that. Rather, you just want to make sure that your fingers are always pointer in opposite directions. Then bring your opposite hand around and then from there, drop. That will make sure that you have the right amount of twists in the string in order to properly form the Magic Knot. You can also dismount from the Magic Knot just by taking any of these three strings, pulling them apart, and all the strings come apart, just like Magic. And that is Magic Knot.

Now, the most important part of Magic Knot, is actually the magic word that you say during the dismount. So, just like how we showed you earlier in the video, you can say, “Shazam!” and that one is pretty cool. But with a little bit more practice, you can move up to words like “Abra kadabra!” and with even more practice, you can learn the most important magic words of all: “Please and Thank You.” I can’t believe I hit that. 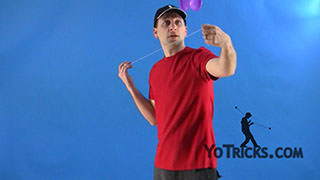 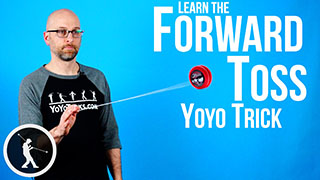