Learn how to do the Sens Poppin Offstring 4A Yoyo Trick.

Sens Poppin Yoyo TrickThis is Sens Poppin. It looks like this.

The idea with Sens Poppin, is you should learn Vertical Boingy Boings before learning this trick, you should have it mastered. If you have not looked at that video, go to the Vertical Boingy-Boing in this section and check it out. The idea with Sens Poppin, is that, at the top of your Boingy-Boing you are going to have your hands switch places like so. So again, at the top of the Boingy-Boing your hands are going to switch places. The idea is that your non-dominant hand is going to go over your dominant hand each time.

With that, there are a few variations you can learn as well. I’ll show you three of them here. On is you can actually go Sens Poppin to the outside of your wrist, like so. I’ll show that you to again, outside the wrist. Another variation is to actually just do the first pop over and over again. So you are going to do the first pop in Sens Poppin and then as the yoyo is at the bottom of the string you are going to switch your hands back into the original position which will create a twist in the string right here, and then you will just keep repeating it over and over again. You will see it again, it just keeps twisting up while I do the first part of Sens Poppin.

You can also do this with the second part of Sens Poppin. So you will start non-dominant hand in towards your body and then you will do the second part of Sens Poppin. That will create a twist in the opposite direction. Then you will switch your hands again, and then do it again. Then you can just keep switching your hands and do it over and over again and repeat it. Once you get good at it, it will look like a cool repeating pattern. Then the opposite way will be a cool repeating pattern as well. You will notice that as long as you do enough forward and backward ones, the twists in the string will cancel itself out.

You can also apply this to Horizontal Boings. You can do a Horizontal Sens Poppin, you can actually repeat it. Just experiment with Sens Poppin and come up with your own variations and your own combos. That’s Sens Poppin. 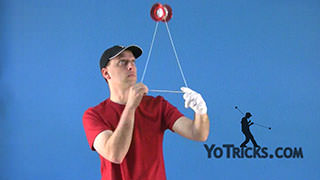 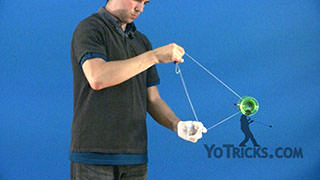