Stay up to date with new information about the upcoming Mideast Regional Yoyo Contest, product updates, and a new Instagram contest.

Our lead story tonight is the Mideast Regional Yoyo Contest which is taking place on July 8th at the Indianapolis Popcon. It is being held at the Indianapolis convention center. Early registration has already closed for all of you su——This just in, it appears as though early registration has been extended to Tuesday, July 4th. That’s tomorrow, the day after today, at midnight for the regular price of $40, which includes entrance into the convention. Late registration costs $80 and closes on Thursday, July 6th at midnight. No registrations will be accepted after that time. If you have registered but have not uploaded music by the 6th, a song will be chosen by the YoYoTricks.com team, who is partial to 80’s music, girl power bands, and music from the cinematic universes of Tim Burton.

In upcoming videos this week, on Wednesday we have the final video from Cory Hendon in the Front Style Speed Combo Series, where he will be discussing the theory of how to practice and develop your own speed combos based on what he already taught you in the series. On Friday we will have the second tutorial video in the Sean Perez Offstring Tutorial Series featuring the new Duncan Pandamonium offstring yoyo.

In other news, YoToy Images, who is famous for his pictures of exploding yoyos has created his own line of stickers exclusive to YoYoTricks.com, great for accessorizing computers, yoyo bags, or any porcelain you may come across in your yoyo travels.

Jake, what else do you see on the product forecast this week?

Thank you Jake. now he have our new contest correspondent who has a special announcement not just about the mideast regional contest, but also another contest that might be taking place right in your living room. Chris?

Thanks Adam. But first, you guys have been giving us the Q’s, and we are bringing the A’s. Leave your questions in the comments section of the latest Monday morning update, we may answer it right here next week.

And now, you guys have been asking for it, and its finally here. YoTricks is running a contest! This week’s theme is Rock the Baby.

To be entered, you must upload a video to instagram of yourself doing rock the baby using the hashtag #YoTricksContestRTB.

Of course, you will get extra points if you are doing rock the baby palm down.

Your account must be set to public in order to win.

The winner of this week’s contest will receive a $10 gift card to yoyotricks.com

We will announce the winner in next week’s monday morning update, in the afternoon, where your video has a chance to be featured, so make sure it’s interesting, and good luck!

Back to you Adam.

Thank you Chris. Well that is all the time that we have for you. All of us at YoYoTricks.com would like to wish you a great week, where none of your strings break, and the mail comes early. This has been Adam Bottiglia with the Monday Morning Update in the Afternoon, signing off. 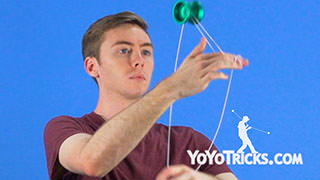 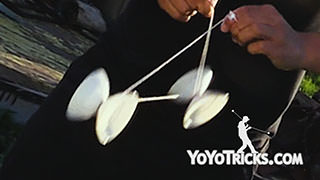 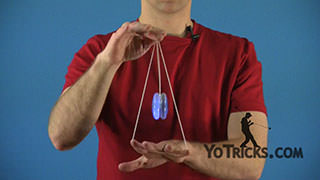