➞ Go to the How to Hold a Kendama kendama trick page 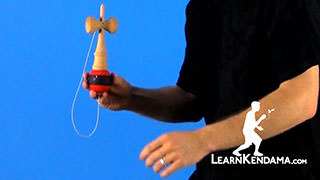